Entrepreneur Barbie, who is set to go on sale in August, has partnered up with eight female entrepreneurs (“Chief Inspirational Officers”) who will offer tips and advice to young girls via an online portal, and participate in Twitter discussion using the hashtag #BarbieChat.

The Entrepreneur Barbie campaign includes a LinkedIn page for Barbie, a billboard in Times Square promoting the hashtag #unapologetic, and the “if you can dream it you can be it”.

“You can’t be what you can’t see” says Reshma Saujani, the founder of Girls Who Code, a nonprofit devoted to gender parity in computing and other STEM fields (science, technology, engineering, and mathematics) and one of Barbie’s “CIOs.” “Unfortunately we live in a culture where girls are bombarded with images of male coders and engineers that just don’t look like them. When you ask a girl what a computer scientist is, she usually pictures a geeky guy typing away. And then we wonder why girls don’t pursue careers in tech! We have to change popular culture and start showing more women, more cool, dynamic, creative women, in these roles.”

There will always be negative opinions and people who oppose Barbie for a plethora of reasons, but I reckon this campaign is a pretty cool. If we look beyond the ‘barbie’ factor and the colour coordinated outfit, we can focus on the idea behind the campaign and the fact that Reshma and other successful business women (the CIOs) can use Barbies mainstream popularity along with their knowledge and experience, to inspire young females into careers typically seen as male dominated and make a positive change. Code it up ladies. #unapologetic #dontletthepinkdressfoolyou
Happy friday!
EP.
Extract from the Wired article:

With more than 150 careers under her belt, Barbie has never been afraid to try new things. When the original fashion doll started out in 1959, her early roles were the broadest stereotypes possible: model, ballerina, flight attendant, candy striper, nurse. In the decades that followed, however, she’s been everything from a surgeon to a NASCAR driver, a paleontologist to a computer engineer and even a presidential candidate.
Now, she’s taking on a new job that will sound awfully familiar to anyone in Silicon Valley (the place or the show) entrepreneur. 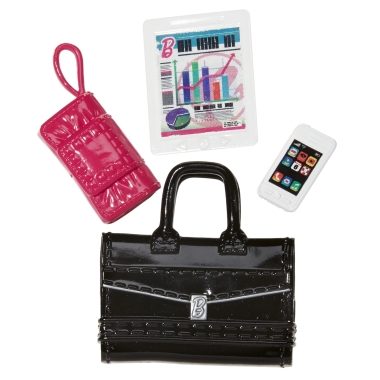